Our Take: Top HealthCare Stories of 2017

Ms. Rourke uses her deep experience to provide communications, marketing, and general project support to clients and FHC staff. Ms. Rourke is FHC’s expert on social media content, shaping and implementing social media strategy for both internal and client use. Additionally, she manages various FHC digital platforms, including its Twitter page, Facebook page, LinkedIn page, newsletter, APCD Journal Blog, and website. In addition to her work creating content, Ms. Rourke has also been instrumental in designing and managing the creation of various internal and client websites.

In a year abuzz with healthcare news, here’s APCD Journal’s top healthcare stories of 2017. Give them a read and tell us on Twitter @APCDJournal what you think will be the top news of 2018.

According to an analysis of 2014 data from the Virginia APCD, there is more than $586 million in unnecessary spending for low-value health services in the state. Analysts found that very low-cost services had almost double the combined cost and were delivered much more frequently than services that were high and very-high cost, coming in at 65 percent of spending versus 35 percent of spending respectively. Author on this piece, A. Mark Fendrick, professor in the Department of Internal Medicine at University of Michigan, Ann Arbor, and Director of the Center for Value-Based Insurance Design (VBID), has years of experience researching the clinical and economic effectiveness of medical interventions. This research has helped lead to the study’s conclusion that it may be more cost effective to encourage reductions in high-volume, less costly services and items, rather than focusing on their high-cost, low-value counterparts.

Who would have thought knee replacement costs could be a fashion statement? Last October, the Maryland Health Care Commission started an initiative to “increase transparency around cost and quality differences” among hospitals throughout MD utilizing t-shirts featuring costs of different medical procedures. With the initiative, the commission launched their “Wear the Cost” website, which provides compared costs for an initial four different procedures, with plans to grow, in hospitals across the state: knee replacement, vaginal delivery, hysterectomy, and hip replacement. The site will also offer calculations of expected quality costs from data collected on potentially avoidable complications, such as surgical mistakes. Says American Institutes for Research fellow Dr. Marilyn Moon, “Just because you pay more for a procedure doesn’t mean it’s better quality.”

Though the “Big five’s” initial plan to become a bigger three never panned out, new mergers appeared on the horizon in early December. CVS proposed a $69 billion purchase of Aetna, the number 3 health insurer in the US, claiming that the purchase will result in cheaper drug prices, among other things. Additionally, the US’s largest insurer, UnitedHealth Group, announced that it will be acquiring DaVita’s primary and urgent care network, following its earlier purchase of Surgical Care Affiliates in March. Similarly, the Massachusetts Health Policy Commission has used the state’s APCD and other data to evaluate the proposed transaction involving CareGroup, Lahey Health System, and several other provider organizations throughout the state.

While telehealth, a service where patients can access providers via telephone or video calling, offers direct care without the burden of traveling to an emergency room or doctor’s office, the increasing demand for such care may offset its cost-effectiveness. Although telehealth care is less expensive than physician office visits, increased convenience of such services may increase overall health care spending. According to commercial claims data from 2011-2013 on more than 300,000 patients, only around 12 percent of telehealth visits replaced in-person visits to providers, while 88 percent represented new utilization of this service. The study also reveals direct increases in spending per telehealth user, based on particular treatments.

Analysis by Kaiser Health News, assisted by researchers at Mayo Clinic, of available billing data from Medicare data and private insurance found that spending on specific urine screens relating to opioid testing had quadrupled from 2011 to 2014. Medicare paid $1 million plus for these tests to over 50 practices across the nation, while around 12 additional practices were making more than $2 million for the services. Still shockingly, drug screens account for the majority of Medicare income for several pain doctors across the country.

Known by many in Coloardo, the “Summit County Paradox”, which refers to the state’s county that has the nation’s lowest mortality rate, though also has some of the most expensive health insurance premiums in the marketplace. Jonathan Mathieu, Chief Economist at CO’s Center for Improving Value in Health Care (CIVHC) suggests that the high prices are a result of the rural communities, stating, “In an urban setting, those costs can be spread over a large number of patients.” While the overhead costs of providing facilities, expensive equipment, and personnel can be diluted in highly populated areas, rural areas have the same necessary expenses. Additionally, states Matthieu, insurance companies have little negotiating power when there is only one hospital in the county, as it eliminates competition. “There’s a snowball effect where it all adds up to a higher cost of care.” 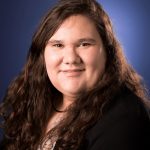